In a  speech given 49 years ago this week, Sargent Shriver addressed American workers and articulated all of the issues facing labor that he saw at the time. This is one in a of a series of speeches that Shriver made on the campaign trail in 1972, when he ran for Vice President on the... 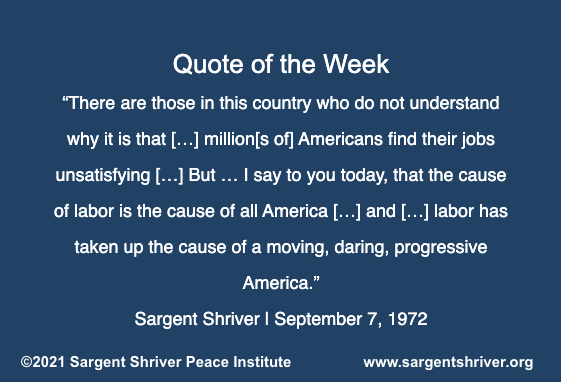 September 11 and the "Third Goal" of Peace Corps

Our Quote of the Week invites us to remember the third of the "Three Goals" of Peace Corps, and inspires us to work towards a more unified, peaceful world.At the age of 87, Sargent Shriver appeared at the 2002 National Peace Corps Association Conference, where he spoke these words.... 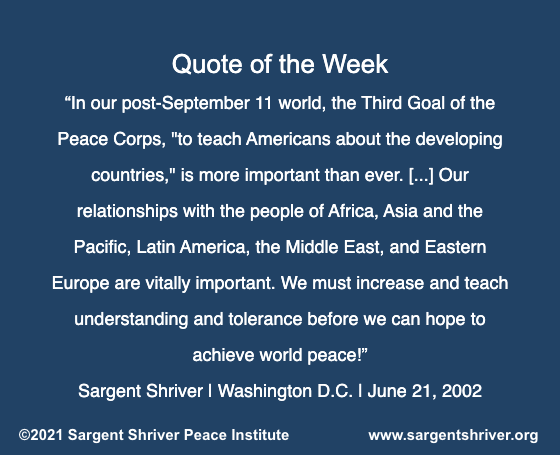 Our Quote of the Week marks the 60th anniversary of the signing of the Peace Corps Act into law. On September 22, 1961, President John F. Kennedy signed the legislation for the Peace Corps into law. He had officially launched the program on March 1 of that year when he signed an Executive Order... 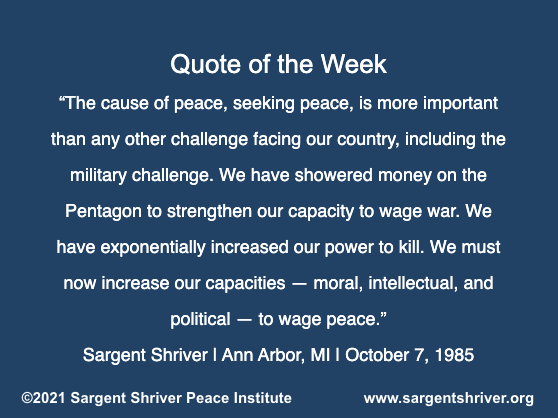